With a long and varied career behind her, Franca Valeri was one of the most important women in the Italian show business. We discover her path and her difficult story as a Jewish girl who grew up during the Second World War.

Who was Franca Valeri

Franca Valeri, stage name of Franca Norsa (Milan, 31 July 1920 – Rome, 9 August 2020), was an Italian theater and film actress. She grows up in a Milanese bourgeois family together with her parents who often take her to attend theaters. In fact, he immediately became passionate about the world of prose and opera which became central to his career many years later.

In the meantime he attended compulsory schools and then graduated from the well-known Liceo Classico Parini in Milan.

A difficult period began for her when in 1938 the racial laws affecting Jews, including the young woman’s father. In fact, he and his son take refuge in Switzerland, while Franca and her mother remain in Milan, managing to escape deportation. The radio personality of the “Miss Snob” a character he plays with the will to escape and make fun of the hypocritical behavior of the Milanese bourgeoisie.

The beginning of Franca Valeri’s career

He then made his debut in world of theater after the war ended with the character of Lea Lebowitz. Later he joined the company “Teatro dei Gobbi” choosing his stage name together with his friend Silvana Mauri. The company then moved to Paris proposing works based on satirical sketches. The shows do not include any disguises, the actors present themselves in a natural way so that the caricature is spontaneous and improvised.

In the 1950s it then moved to the big screen making her debut as an actress for Federico Fellini’s “Variety Lights”. He later takes part in a series of comedies alongside Alberto Sordi or Totò as “Little post”, “The sign of Venus” or “The widower”. In the following decade she often collaborated with her husband Vittorio Caprioli who directed her in some successful comedies. Start at the same time to participate in the television variety by Antonello Falqui in programs such as “Studio Uno” and “Sabato sera” conducted by Mina. 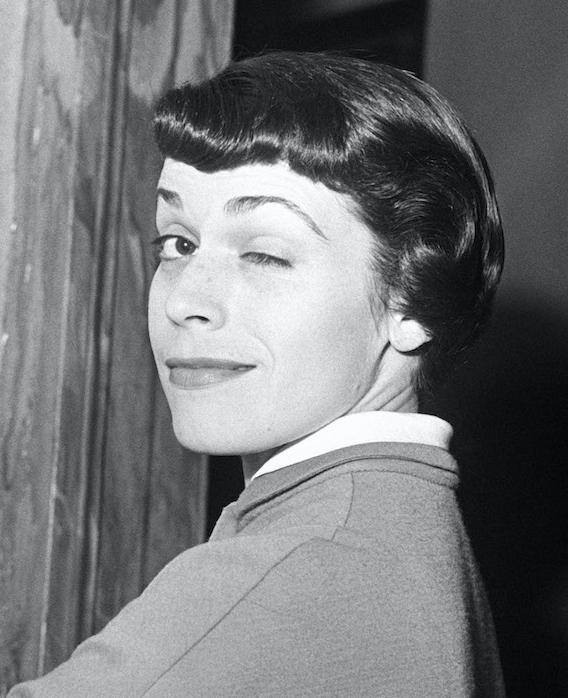 Franca Valeri and the latest projects

Following the success of the new evolving formats, Valeri took part in a long series of television dramas. To these he alternates the management of some projects such as the special “Steak, salad” of the Videosera program or “Due di tutto” the variety by Enzo Trapani. These are then followed by a long break from the small screen that will welcome her again in 1993.

On this date, after almost ten years of absence, back on tv conducting the program “Magazine 3” and then also acting in some fiction and sit-coms such as “Norma and Felice”. Since the 2000s he has taken part in some series known as “Linda and the brigadier” or “Come when it rains outside”. In the course of the new decade, he finally dedicated himself to dubbing and to writing of an autobiographical book and subsequently of one with Luciana Litizzetto called “The education of the girls”.