Framing Eugene Delacroix in an art movement is not easy given the numerous influences he receives throughout his career, but it is clear that his participation in the romance it was crucial. Remembered for having created some of the most important works of the French tradition, here is the story of the great artist and his road to success.

Who was Eugene Delacroix

Ferdinand Victor Eugène Delacroix, known as Eugene Delacroix (Charenton-Saint-Maurice, April 26, 1798 – Paris, August 13, 1863), was a French painter. He grew up in a middle-class family consisting of his father, a politician in the foreign section, and his mother. He trained at the Louis-le-Grand high school and the Pierre Corneille high school in Rouen where he is passionate about the classics and discovers the talent in drawing.

After completing the studies, a apprenticeship period by Pierre-Narcisse Guerin, like many fellow artists of the time, to understand, however, that the academic path does not thrill him as much as self-taught training.

In fact, he frequently goes to the Louvre where he has the opportunity to study the work of great geniuses of the past such as the great Pieter Paul Rubens.

Eugene Delacroix from the beginnings to success

He made his debut in the world of painting at a very young age with “Dante’s boat” a work dedicated to the Supreme Poet depicted together with Virgil on the journey to Dite. He exhibited the painting at the Paris Salon in 1822 receiving sometimes negative opinions.

Despite this, it continues its activity representing his emotions and his ideals, as when in 1824 he presented “The massacre of Scio” dedicated to the Greeks in revolt against the Ottoman Empire. The work receives very harsh criticism again and for this reason he decides to move to London to be inspired. Here he discovers the works of John Constable, in particular “The Hay Wagon”, through which he realizes that he has to make a qualitative leap. 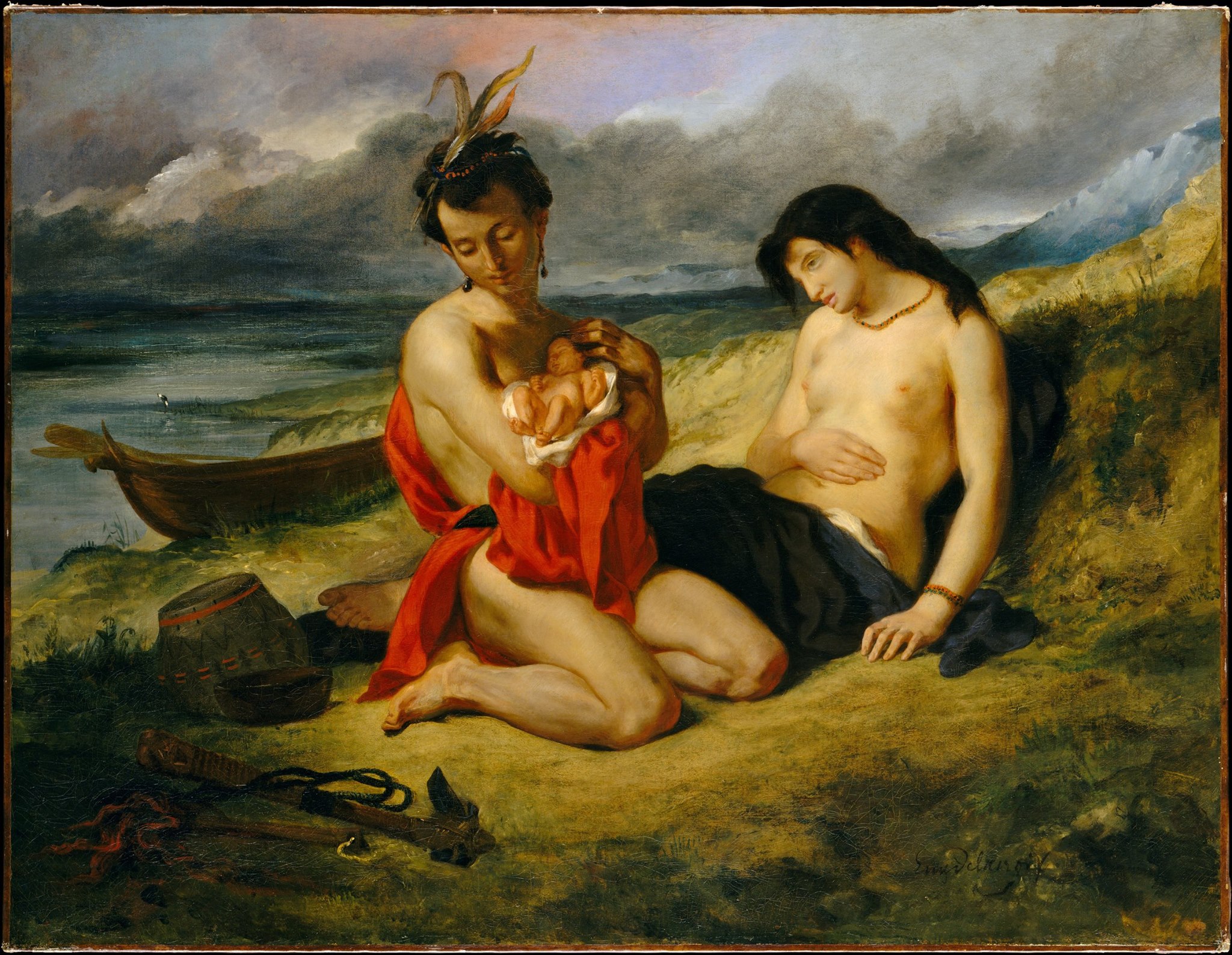 He realizes in 1830 what is his best known work: “The freedom that guides the people”. This is considered one of the masterpieces of romanticism and depicts the insurrections of the Parisians against King Charles X in what are remembered as the “Three Glorious Days”.

Eugene Delacroix and the period in Africa

In 1832 the painter decided to leave for Africa, in Algiers, following the mission promoted by Louis Philippe, king of France. Here he is fascinated by the landscape that he defined in his diary with the following words:

“The picturesque abounds here: it is a place made for painters … Beauty is everywhere, not the beauty depicted in fashionable paintings, but something simpler and more primordial” 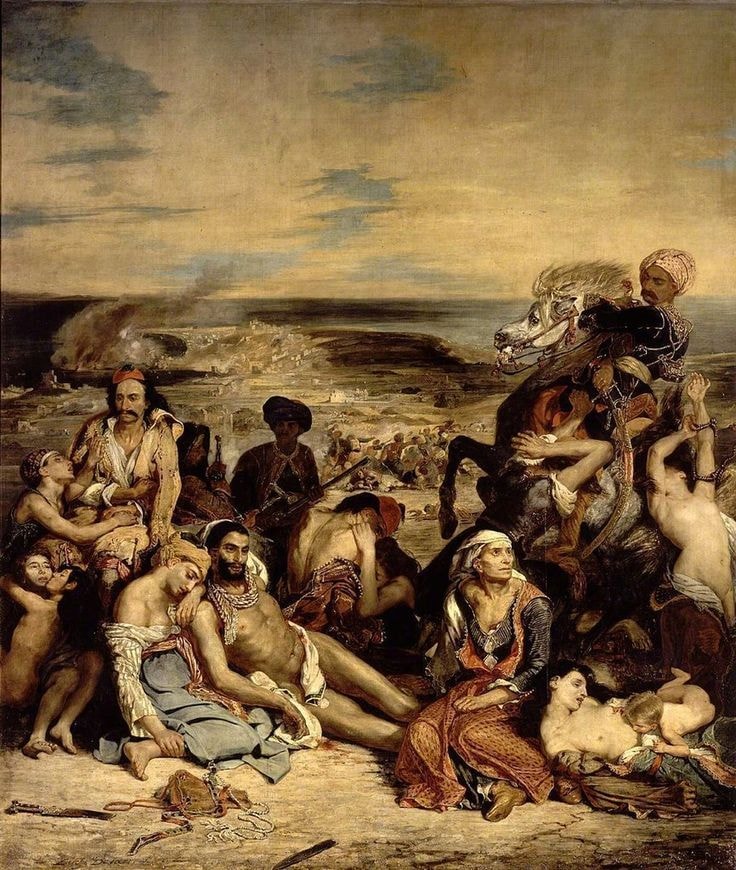 Today there are testimonies of his Arab stay through the sketches made on the notebooks that allowed him to create major works such as “Women from Algiers in their apartments”. Back in Paris he carries out numerous commissioned works until 1844, when he decides to retire to the countryside to end his life followed by a housekeeper.