Best Eamonn Walker Quotes : The insight and experience of others is a valuable source of inspiration and motivation. And learning from successful leaders and entrepreneurs is a fantastic way to grow, and today we are interested in the best quotations and proverbs said and written by the famous Tv Actor Eamonn Walker.

Even if one cannot sum up the life of Eamonn Walker with famous quotes and phrases, some motivational quotes, inspiration and life proverbs should be known, not only to fans, but also to the general culture.

So in this post, we offer you a handpicked selection of the best +5 Eamonn Walker quotes, with text and images to motivate and encourage you to achieve your goals and to help you stay focused throughout the day!

Short biography : Who is Eamonn Walker ? 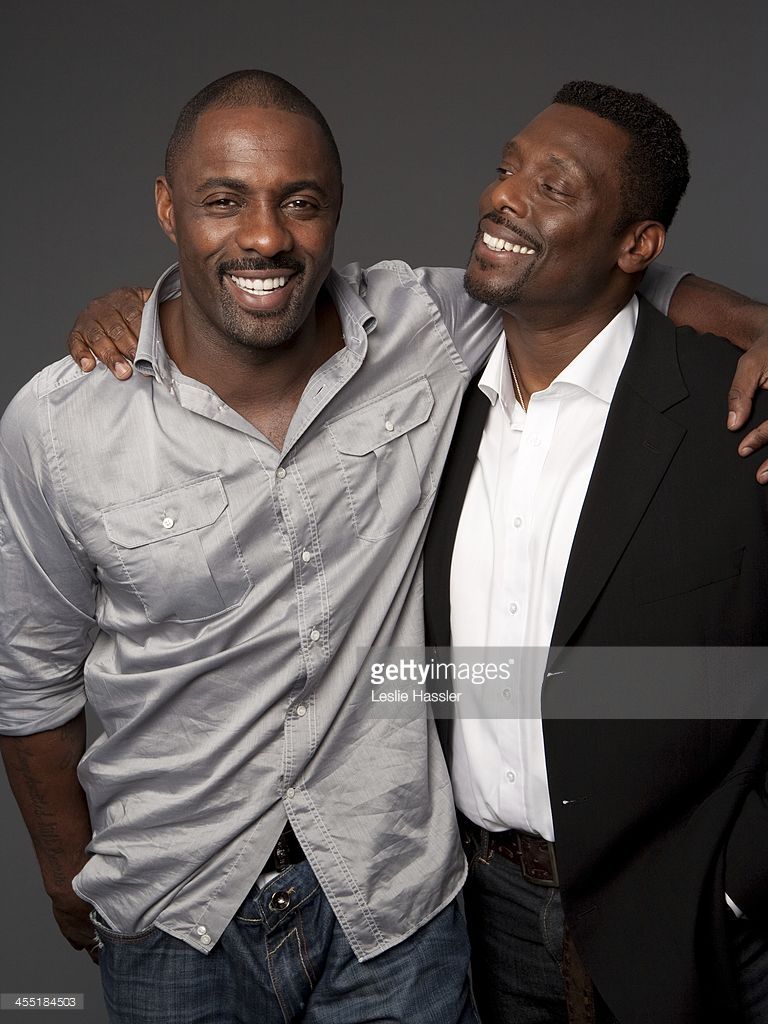 Walker was born in west London to a Grenadian father and a Trinidadian mother, in 1962. Brought up in Islington in north London, Walker lived in Trinidad for six months when he was nine years old. He attended Hungerford School in Islington and began studying social work at the Polytechnic of North London. He trained as a dancer and later joined the Explosive Dance Theatre Company in London. However, an abscess on his calf muscle forced him to give up dancing. He also studied at the New York Film Academy in the United States. 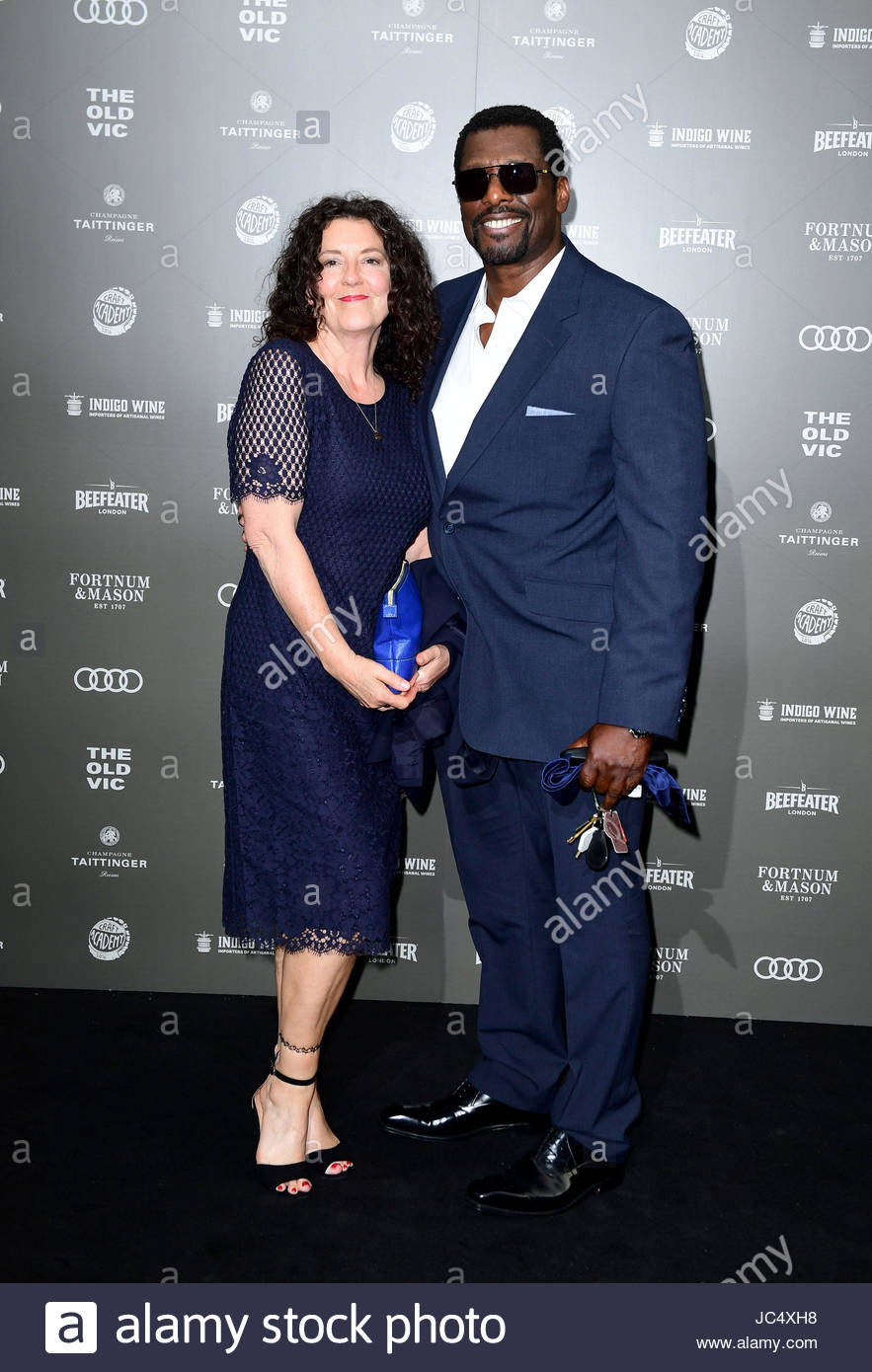 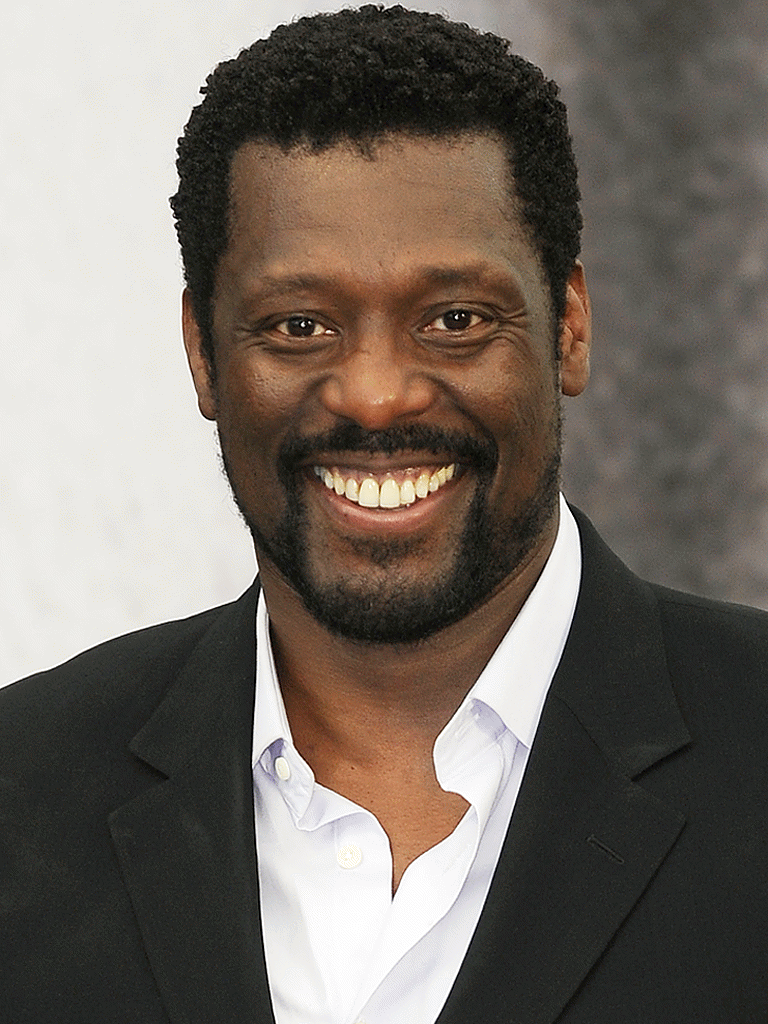 Walker made his professional acting debut in 1983 on stage in London playing an East End punk rocker in the musical Labelled with Love, based partly on the music of the pop band Squeeze. His first television appearance came in 1985 when he appeared in an episode on the second series of Dempsey and Makepeace, which aired on ITV on 19 October 1985. His next television appearance came the following year in an episode of the children’s anthology series Dramarama, also on ITV. Also that year, he was cast in the role of Winston, a black, gay, council carer and a thorn in Alf Garnett’s side, for series 1–3 of In Sickness and in Health on BBC1. In 1987 he appeared in an episode of Bulman on Granada TV and in 1988 an episode of the ninth series of Tales of the Unexpected. In 1988 he won the role of PC Malcolm Haynes in The Bill on ITV, a part he played from 1988–89.

His first film role came in 1991, playing Carlton in Young Soul Rebels about the interaction between different youth cultural movements in late 1970s Britain. He also appeared in an episode of the detective series Bergerac on BBC1. In 1992 he appeared in episodes of Love Hurts and The Old Boy Network. Then in 1993 he appeared in two comedies on BBC, with the role of Colin in three episodes of Birds of a Feather and he also appeared in an episode of One Foot in the Grave. His second film came in 1994 playing Peters in Shopping. He followed this in 1995 with appearances in two more British sitcoms, on the BBC, The Detectives and Goodnight Sweetheart. He also appeared in the drama series The Governor.

The same year he won the major role of Kareem Saïd on the American television drama series television series Oz on HBO in the United States. The series was set in a fictional maximum-security prison, and the character Walker played was a new inmate who was a devout Muslim. Walker spent time at a mosque in Harlem doing research on the Nation of Islam and American Muslim culture, explaining “As an actor, my portrayal had to be real.” He appeared in the first episode on 12 July 1997 and he continued to play the role until the third episode of the final season in 2003. He won the award for Best Actor in a Dramatic Series in the inaugural CableACE Awards for his performance in the first series of Oz in the ceremony held in Los Angeles. Then in 1999 he received a Satellite Awards nomination for Best Actor in a TV Drama Series for his performances in Oz.

In 2000 Walker appeared in two films: the crime drama Once in the Life, acting alongside and being directed by Laurence Fishburne on his directorial debut; and the fantasy mystery Unbreakable, alongside Bruce Willis and Samuel L. Jackson. Walker also appeared in the de facto series finale of Homicide: Life on the Street, Homicide: The Movie. In 2001 he returned to British television starring as John Othello in a modern adaptation of the William Shakespeare play Othello on ITV, opposite Christopher Eccleston. For his role he won the Best male performance in television award at the first ever Black Film Makers (BMF) Film and Television Awards ceremony for the UK’s leading black TV and film stars, which was held at the Grosvenor House Hotel in London in September 2002.

In 2003 he starred in the war film Tears of the Sun as Ellis “Zee” Pettigrew alongside Bruce Willis. Walker also appeared in an episode of the Fox Network drama series The Jury. The next year he made another return to British television in an episode of the crime drama Rose and Maloney.

Two more films followed in 2005, the crime thriller Lord of War with Nicolas Cage and the drama adventure film Duma. And from March 2005 he made his debut on Broadway, playing Mark Antony in Julius Caesar at the Belasco Theatre in midtown-Manhattan alongside Denzel Washington as Marcus Brutus.

In 2006, he played Dr Stephen Dakari in three episodes of the medical drama series ER. He also starred in the Fox Network legal drama Justice, playing the part of Luther Graves.

In May 2007, he became the first black actor to play the role of Othello at either the original Globe Theatre or at the modern reconstruction, Shakespeare’s Globe in London.

Then in 2008 he was in the second episode of the BBC drama series Bonekickers, playing Senator Joy, a United States Presidential candidate. He also starred in three films: the action drama Blood and Bone; the biographical music drama Cadillac Records, about the 1950s musical era, in which he plays the influential blues singer, guitarist and harmonica player Howlin’ Wolf, which was released on 5 December 2008; and the romantic war drama The Messenger, in which Walker plays Colonel Stuart Dorsett. The first and the latter were released in 2009.

In October 2008 he performed on BBC Radio 4 in the first adaptation of Alice Walker’s 1982 epistolary novel The Color Purple in the UK, serialised in ten parts.

Walker appeared on the NBC drama series Kings, which was based on the biblical story of David. He portrayed Reverend Ephram Samuels, an analogue of the biblical prophet Samuel. He also starred in the TV series The Whole Truth, alongside Maura Tierney and Rob Morrow, which premiered on 22 September 2010.

In 2011 Walker appeared on FX series Lights Out as trainer Ed Romeo, former trainer of Lights Leary’s last opponent, Death Row Reynolds. Walker appeared in an episode of BBC One’s Inspector George Gently, playing the father of a murder victim in 2012, and in two episodes of the BBC/Cinemax series Strike Back. In 2013 he portrayed Frederick Douglass in the BBC series Copper.

Currently, Walker stars as the lead in Steppenwolf Theatre Company’s production of Between Riverside and Crazy by Stephen Adly Guirgis. 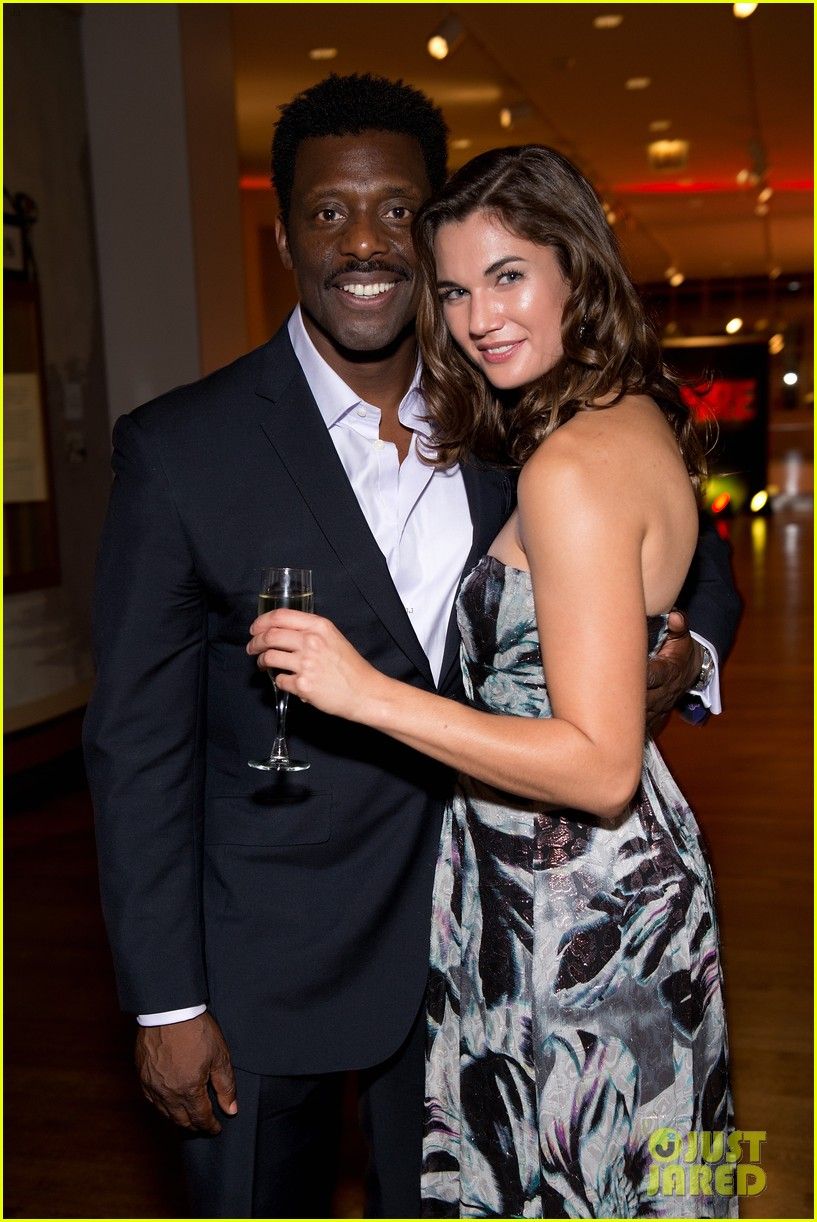 I do my work and do the best I can. I’m quite happy with my anonymity. All I can ever hope for is that I continue to do great work that will be remembered, and I leave my imprint so that my son can say proudly, ‘That’s my dad!’

I’m shy, and I can hide behind my acting and discover the truth about myself because it’s cathartic in that way. But I tend not to read reviews. 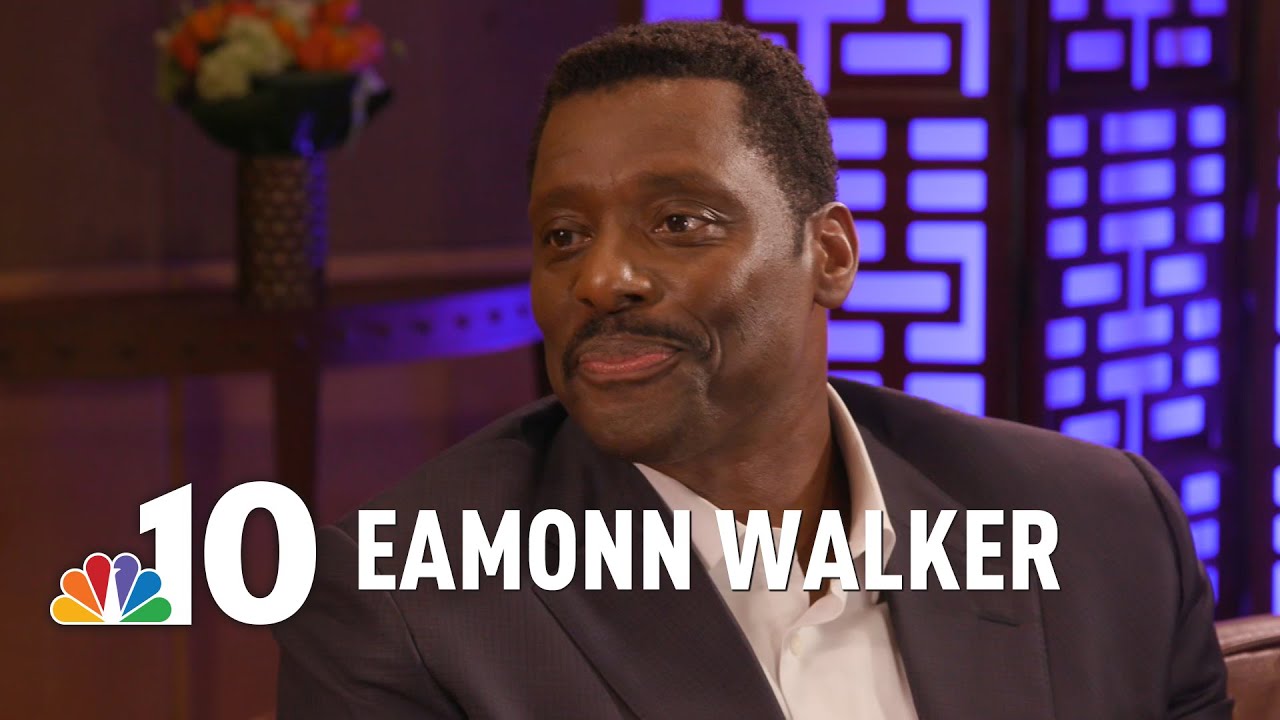 I have done a lot of work internally to find out who I am, what voice Eamonn Walker has and how he wants to put it out there. 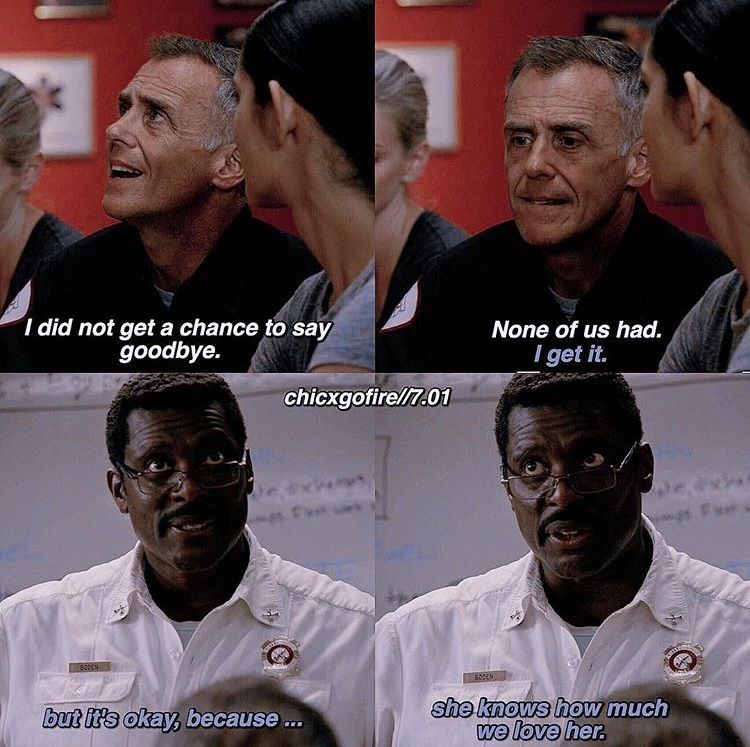 When Shakespeare wrote, he wrote for the people. I know he got commissioned by kings and queens, but he also actually was writing plays for people to go and see, to take them on a journey of recognition so that they could see themselves within the characters on the stage. We as actors and theater companies and film companies have forgotten that.

Throughout my career, even as a very young actor, people have always said to me that they would like to see my Othello. They could see something of him in me, I suppose. 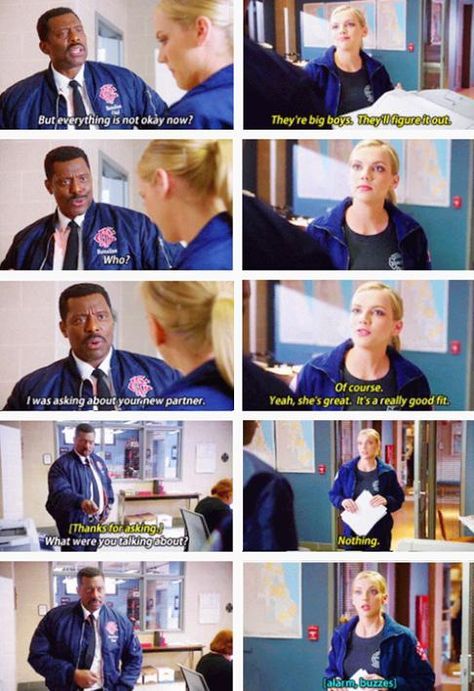 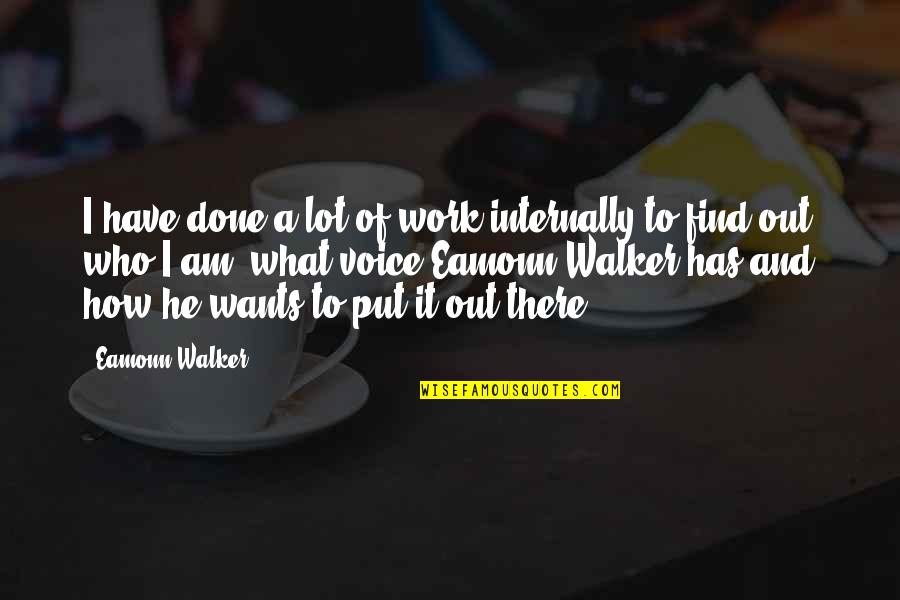 Even the world’s most successful individuals like Eamonn Walker have experienced their fair share of setbacks and hardships. And there’s much to learn from their challenges as well as their success. 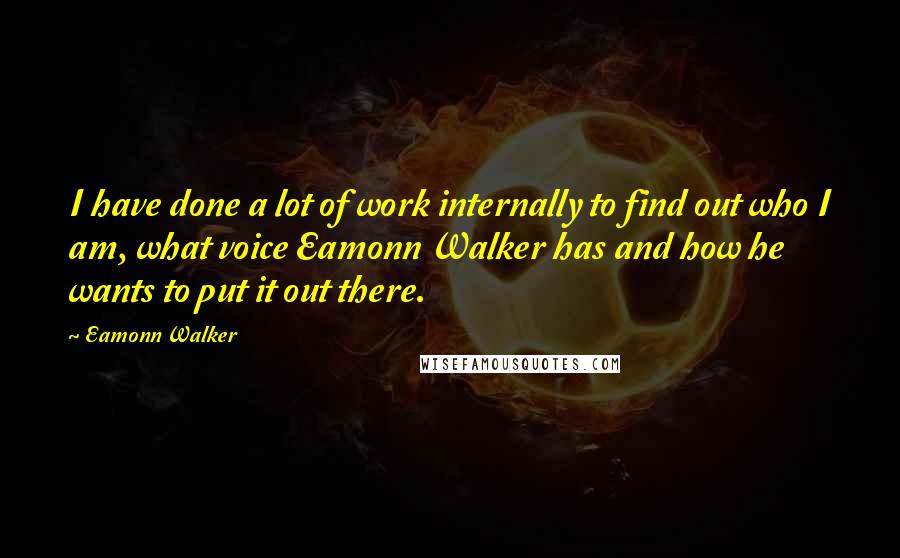