It’s a shot put champion, made his voice heard on behalf of all second generation Italians without citizenship, he obtained redemption by officially becoming Italian and is the face of “European Nights”: who is it Danielle Madam.

Who is Danielle Madam

Danielle Madam is a sportswoman, champion of the shot put discipline, thanks to which she has won many championships. Her personal affair it is known as it tells the story of many second generation Italians, who grew up in the Bel Paese, without however being able to obtain the much-desired Italian citizenship.

In Italy for 17 years, originally from CameroonFinally, at the age of 24, she is one of the sporting promises of shot put, which she has been practicing with passion for some time. His name jumped to the news in the last months of 2020, when he commented on the story of the irregularity of the exam tests for the citizenship of the footballer Luis Suarez. Hosted in several television broadcasts he could tell his story and denounce a problem that afflicts many non-EU children in Italy.

Who is Danielle Madam: Italian citizen

In the last months of 2020, Danielle Madam commented on the affair involving the footballer Luis Suarez, about the invalidity of the Italian citizenship exam tests. Also on Instagram, she indulged in a long rant.

I have always hoped to be able to wear the blue shirt and for that I would have really given everything. I have been in Italy since the age of 7 and since I was a child I have always been a very determined girl, with the study as in athletics. […] I did all my studies here, I am in my last year of university […], I speak perfectly Italian and in athletics thanks to my efforts, in my small way, I won 5 titles of Italian champion and many of absolute regional champion- […] There are Serie A non-EU citizens (in every sense) and Serie B non-EU citizens, or rather, there are those who earn 10 million a season so “you can’t blow them because they don’t have B1”, and there are many young people who like me they have spent most of their life here, they study or work but they are ghosts for the state.

Finally, at the end of April 2021, Danielle Madam obtained Italian citizenship within the Municipality of Pavia. The sportswoman did not fail to express all her emotion with a post on Instagram. In the previous months, the mayor of the city had publicly exposed himself several times to support Madam on her path towards citizenship.

This is the best day of my life. I am finally an Italian citizen […] I’ve been waiting for this day for a long time, the emotions are strong, I’m still shaking. […] I hope my story can be a stimulus for all those who dream of becoming Italian. […] I did it, after 17 years in this country, I can finally call myself Italian. 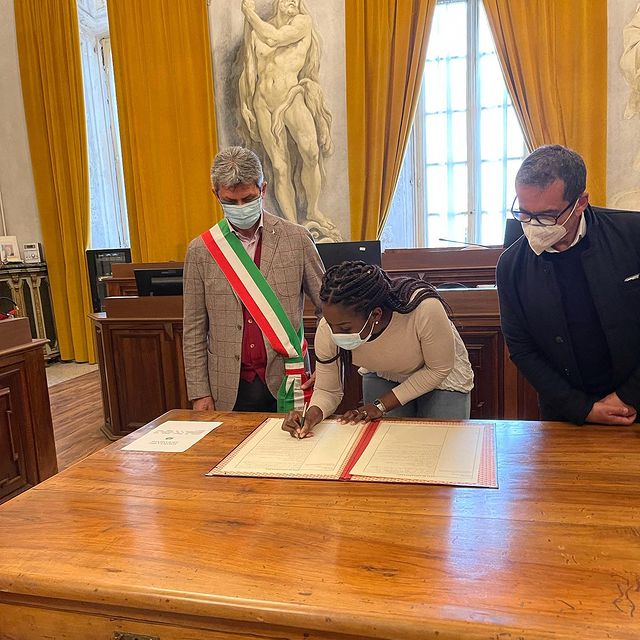 Shortly after, he showed his first on his Instagram profile Italian identity card.

Who is Danielle Madam: “European Nights”

After years of struggles, therefore, Madam is officially Italian. But the rewards, in 2021, for the very young sportswoman are not over.

It was in fact chosen to be the face, together with the journalist Marco Lollobrigida, of the show of Rai 1 “European Nights”, dedicated to Uefa Euro2020. 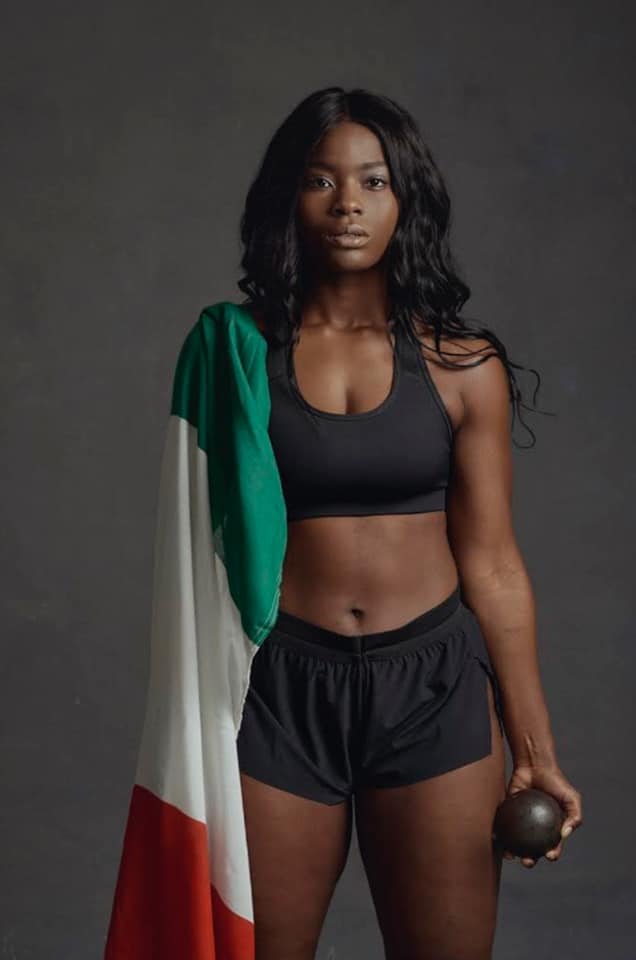 Read also: “Films and TV series on racism: which ones to watch”.